Join us for S4:EP27 of the Legacy After the Locker Room Podcast as Reggie Walker, an athletic advisor, Author of Game Within the Game, and NFL alumni, and David Carter, advisor, activist, and entrepreneur, sits down with Kayla Bradham to discuss common misconceptions when it comes to becoming a professional athlete, and how to overcome that and become stronger mentally and emotionally!

From football to food justice, David Carter aka the 300 Pound Vegan. Born ​in ​Los Angeles, CA, David began his commitment to strength and success on the football field playing college football at his alma mater UCLA, and ultimately the National Football League. David played for major teams including the Arizona Cardinals, Chicago Bears, and Dallas Cowboys. During his professional football career David discovered the other side of pro sports; injuries, prescription medication, and excessive eating to maintain 300 plus pounds on his 6’ 6” frame. One fateful evening, watching the documentary ​Forks Over Knives changed his personal and professional life. David abandoned meat and dairy, and embraced a vegan lifestyle.

For the past three years and counting David has used his NFL connections to spread the word about his mission to build awareness and educate the masses living in “food deserts” globally. ​“​Food deserts” are defined as areas deprived of fresh fruit, vegetables, and other healthful whole foods ​due to a lack of grocery stores, farmers’ markets, and healthy food​​ ​​providers. David spoke of “Oppression in the food system” at many universities around the world including Harvard, Penn State, NYU, UCLA and more. David is also a film producer and participant in leading NETFLIX documentaries Game Changers (including James Cameron, Bill Clinton, etc.) and What The Health.

In retirement, Reggie Walker’s journey of healing has led him to two stays at a treatment facility which led him to create the “Game Within The Games”, a program built to help anyone find answers to how to find themselves, their purpose, and a plan. Using all the knowledge from his experiences, strategies that have helped him, as well as others, succeed in horrible environments, as well as knowledge from therapy, Reggie put the ”Game Within The Games” together as an answer to questions he has known many of us as having in dealing with life and leading a good, successful, productive life.

Reggie has also become a mental, physical, and sexual abuse survivor advocate, TEDx speaker, public speaker, consultant, connector, and problem solver for individuals and businesses. With his unique perspective from his varied experiences, he has found himself to be of value in many different environments as a problem solver and leader.

Reggie’s goal is to help those who don’t have guidance learn the essentials to guiding themselves towards their dreams and goals, find peace and confidence within themselves, learn the techniques to being a master strategist in their own lives in dealing with issues or problems, have the knowledge and system of effectively solving problems in their own lives, and be equipped with the knowledge to plan with an emphasis on fluidity. He wants others to learn all these skills in more so they can win the battle against their biggest enemy themselves and the unknown to move with confidence and tenacity towards their life mission. 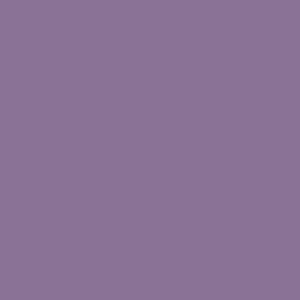