Join us for S5:E4 of Legacy After The Locker Room Podcast as NFL Alumni George Jones joins host; Kayla Bradham to discuss creating hope and possibility through his illustrious football career parenting inspiration and advice.

George Jones is a former NFL player who grew up in the projects of Greenville, South Carolina. He grew up without a father or any positive role model in his life.

When he was in middle school, the Broome family “adopted” George and provided him with a stable home. George talks about Monnie and Jackie providing him with the gold standard of parenting and his first experience with unconditional love. The Broome family advocated for George to continue his football career in college and convinced him to get on a plane and fly across the country to play football.

Obviously, that played out well for George. He beat many of Marshall Faulk’s records at San Diego State and then went on to play pro for the Pittsburgh Steelers, Jacksonville Jaguars, and the Cleveland Browns.

George never forgot the adversity he dealt with as a child. He knew fatherhood needed to be a part of his legacy and so he wrote a book about it and speaks about fatherhood nationally. George and his wife, Katie are raising three active sons, one who is autistic and Down Syndrome. George knows parenting!

For NFL Alumni, George Jones, it’s all about fatherhood now that he’s hung up his cleats and retired from the football field. George has tackled fatherhood the way he approached football, a journey that is rooted in constant learning, reflection,, and feedback. His book, “The Present Dad” helps fathers be authentic, present, and vulnerable — a “Hall of Fame” Dad.

George believes if we can create better fathers, we can put an end to some of society’s biggest problems such as addiction, violence, and teen pregnancy.

FUN FACT: George’s wife, Katie, is the CEO of the National Domestic Violence Hotline and has committed her life’s work to create a world in which relationships are healthy, positive, and free from violence. #Respect

When not sitting in the carpool lane, George is in the gym, coaching his sons in sports, or advocating on behalf of his son, Max, who has down syndrome and autism. 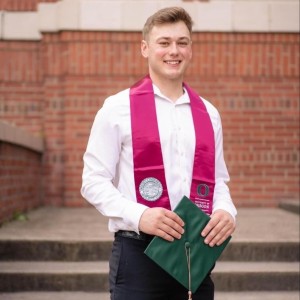