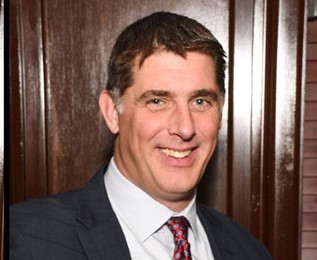 Greg is a former NFL professional athlete who has spent the last decade plus continuing to be engaged in sports through corporate partnership sales and account management roles at the Chicago Cubs/Marquee 360, the Chicago Bears and Home Team Marketing.

As a player with the Seattle Seahawks, Greg was able to see firsthand the power of leveraging sports to make a difference in the community participating in Building Blocks For Kids, named Best Group Community Service in December, 1997 by USA Today, in which the Seattle Seahawks Offensive Line funded the building of a pediatric playroom at Evergreen Hospital.

Greg has continued to remain close to the game and in support of the community acting as VP-Scholarship Chairman of the NFLPA Former Players Chicago Chapter and Retired Professional Football Players of Chicago for the past 10 years and as a member for many years prior.

Most recently with the Chicago Cubs/Marquee 360, Greg oversaw corporate partner/sponsorship accounts beginning with $12M+ in net corporate partnership revenue in 2014, increasing to $40.8M+ pre-pandemic in 2020 while under his watch.  During his time at Home Team Marketing, the Chicago Bears and Chicago Cubs, Greg found the most rewarding corporate partnership accounts to be with sponsors who leveraged the relationship to make a difference for those in need, such as Advocate’s Kids, Cubs, Cactus trip to Spring Training for Advocate Children’s Hospital patients, Symetra Heroes In The Classroom program with the Chicago Bears, rewarding teachers making a difference, and raising money for various high schools and state athletic associations during his time at Home Team Marketing.

Greg also practiced as an Associate Attorney at Chapman and Cutler LLP and as a Pro Bono of Counsel Member of Chicago 2016’s Bid Team working on the city’s 2016 Olympic and Paralympic Bid, and as a contract attorney for Anixter Inc. between his time with the Seattle Seahawks and career in sports sponsorship.

Greg grew up in Glen Ellyn, Illinois and later moved on to play football at Cornell University where he obtained a Bachelor’s Degree in Economics, followed by a 4½ year career in the NFL, from 1996-2000, as an Offensive Lineman for the Seattle Seahawks.  After his playing days he attended the University of Illinois College of Law, earning his JD in 2004.